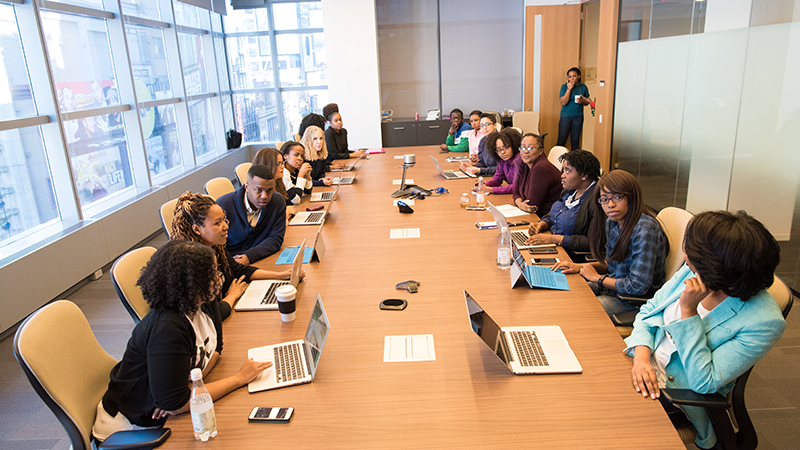 A group of Shenzhen-located enterprises, including Essence Securities, Bosera Funds, China Vanke [2202:HK], Han’s Laser Technology Industry [002008:CH], SF Holdings [002352:CH], Luxshare Precision Industry [002475:CH], jointly launched an initiative, which aims to improve board diversity, as reported by JRJ.com on November 27. The initiative calls on companies listed on Shenzhen Stock Exchange to increase the proportion of females in their board of directors. Specifically, companies are encouraged to incorporate a proportion of female board members as a key criteria when reviewing public companies’ corporate governance and making ESG and sustainable investments. Moreover, the initiative proposed several goals for listed companies and investment firms. For instance, it asks listed companies to have at least one female member sitting in their boards or have no less than 20% of female managers by the end of 2021. Also, the proportion of female managers shall reach over 30% by year end 2023.

Board diversity, with gender diversity as an important component in China, is essential to companies as it brings different perspectives in decision-making process. Chinese regulators also have pledged to improve the board diversity of listed companies in the country. Earlier this October, President Xi Jinping delivered a speech at a high-level meeting held by the United Nations (UN), calling for improved gender equality as well as protection of females’ rights and interests. According to a report issued by the China Academy of Corporate Governance of Nankai University, from 2011 to 2020, the number of Chinese public companies having female board directors increased from 1,172 to 2,731, accounting for 72.77% of total public companies presently. Also, during the same period, the numbers of listed companies with females as the chairperson increased from 62 to 219. The proportion of females on board of directors increased from 8.6% to 12.84%.

（Source: Report on Female Directors of Chinese Listed Companies in 2020）