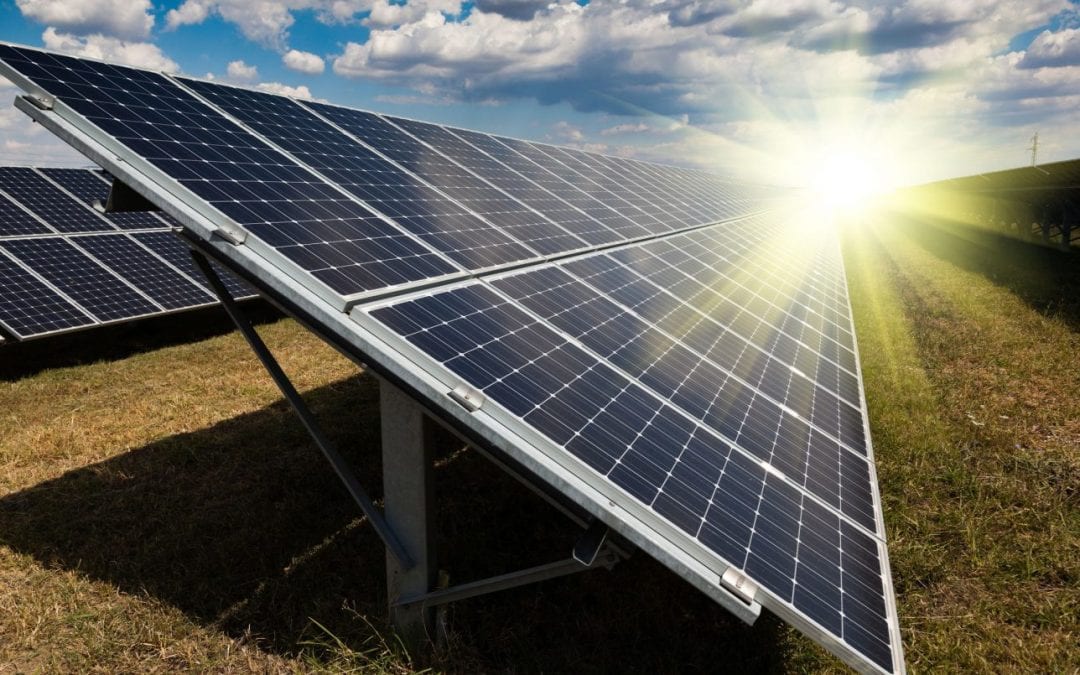 As of November this year, the stock price of 31 Chinese photovoltaic companies doubled. Photovoltaic solar energy is non-fossil, clean, and renewable, converted from sunlight into electricity based on the photoelectric effect. Leading companies in the industry, including LONGi Green Energy Technology [601012:CH], Shenzhen Inovance Technology [300124:CH], Tongwei [600438:CH], and Sanan Optoelectronics [600703:CH] now have a combined market cap of over RMB100bn. The stock price rises were mainly driven by policy supporting the industry, robust product demand, and a promising industry outlook stemming from support from Chinese President Xi Jinping’s carbon neutrality target.

Highlights from China’s 14th FYP for the photovoltaic industry

According to China’s proposed 14th Five-Year Plan (2021-2025), the country aims to achieve carbon neutrality by 2060. In addition, during the 75th session of the United Nations General Assembly, President Xi pledged that the nation will peak in its carbon emissions before 2030. It marks the first time that China has proposed a medium to long-term climate target, which also means decoupling of its economic growth based on carbon emissions and transformation of the domestic economic structure.

Taking domestic energy use as an example, non-fossil energy, such as wind, photovoltaic, hydro, nuclear, biomass and biomass power, only accounted for 15.3% of China’s primary energy consumption in 2019. The Chinese energy system is likely to have a big leap in the next 30 to 40 years, focusing on developing cleaner and more renewable energy. Citing Caixin, the proportion of non-fossil energy consumption may reach 80% by 2050, accompanied by major industrial transformation, asset revaluations, etc.

According to a director at the National Center for Climate Change Strategy and International Cooperation (NCSC), Chai Qimin, in light of China’s carbon neutrality goal, the country will have to achieve near-zero emissions from the electric power system by 2040, and the whole energy system by 2050. Moreover, during the policy period of the 14th Five-Year Plan (2021-2025), it will be necessary to control the total consumption of fossil energy and supply any incremental power demand by non-fossil sources.

Follow-up policies for the development of the photovoltaic industry

After the Chinese government set the tone for its 2025-2030 development vision, on November 20, the Ministry of Finance issued a notice on the distribution of a subsidy budget for renewable energy-powered electricity generation. The plan provides total subsidies of RMB5.95bn in 2021, higher than the RMB5bn budget for 2020. Specifically, photovoltaic power generation companies will receive RMB3.38bn worth of subsidies in 2021, more than double from the RMB1.5bn level in 2020. Regional administration authorities, including those from Shanghai, Anhui, Guizhou, Hunan province, have then published detailed arrangements for local photovoltaic projects to bid for government subsidies and hence lower the price for supplying electricity.

In addition to subsidies from the central government, local governments have also been providing monetary support. For example, in Beijing, the city encourages both companies and individuals to carry out photovoltaic projects, generating self-sufficient electricity and selling excess electricity to other people or market entities. For such projects, the Beijing government will provide subsidies of RMB0.3 per kilowatt hour.

Through current efforts to promote the development of photovoltaic projects, China expects to ultimately make photovoltaic electricity as cheap as traditional forms of energy generation, from both the supply end and demand end, paving the way for replacing old forms of electricity production. Traditional forms of energy, such as thermal power, hydropower, and nuclear power, have longer development histories and more mature technologies, incur less cost of production and drive down the retail electricity price.

To reduce carbon emissions from electricity generation, government bureaus have to seek ways to eliminate the cost and price differentials between photovoltaic and traditional energies. On the other hand, along with the steady development of the photovoltaic industry, national authorities may consider gradually removing subsidies or other supportive policies in the future, therefore promoting market-oriented business behaviors and making the industry less volatile to policy movements.

According to China Photovoltaic Industry Association’s vice-president, Wang Bohua, despite the coronavirus outbreak and uncertainties of global economic development earlier this year, the Chinese photovoltaic industry still maintained robust growth. In the first three quarters of this year, China’s newly installed photovoltaic capacity increased by 17% YoY to 18.70 gigawatts, and the national photovoltaic power generation capacity rose 16.9% YoY to 2.05bn kilowatt hours. In terms of photovoltaic products export, the volume in the first three quarters exceeded that of 52.3 gigawatts in 2019 as a whole.

Under China’s current energy structure, by the end of 2019, non-fossil sources contributed to 15.3% of total energy consumption. With the implementation of China’s 14th Five-Year Plan and efforts to reduce carbon emissions, non-fossil sources are expected to witness continuous growth in China’s primary energy consumption structure, possibly reaching 20% by 2025. Correspondingly, photovoltaic and wind power, the two most well-developed clean energy sources in China, will also face greater demand and capacity expansion. As demonstrated in the above graph, by 2025, the electricity generation by the two energy sources will double to that of 740bn kilowatts in 2020 and reach 1.45tr kilowatts hours in 2025.

Under such a background, the gross profit margin of some glass producers reached an all-time high. For example, Flat Glass [6865:HK], a leading company in the industry, had its gross profit margin come up to 50% in 3Q20, with its stock price doubling this year. If the photovoltaic glass price further increases by 30%, the company’s gross profit margin will go up by another ten percentage points. In contrast, photovoltaic module assembly firms are struggling to maintain normal operation amid skyrocketing raw material costs and shortages in supplies. According to Flat Glass, in 2021, the gap between the supply and demand of photovoltaic glass will hit 15%. At present, some Chinese glass manufacturers have released plans for expanding production capacity. However, such projects usually require around two to three years before initiating operations, indicating that it will be difficult for the current productivity of the glass industry to support the growth of the photovoltaic industry.