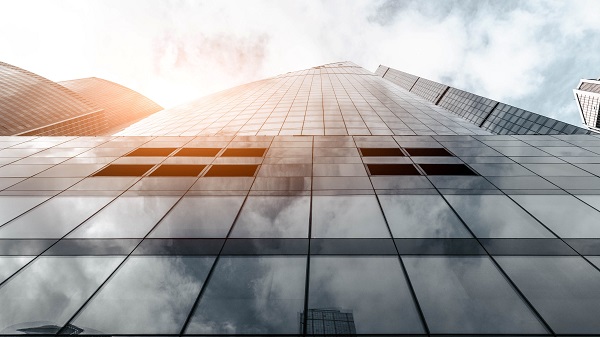 Chinese ride-hailing giant Didi [DIDI:US] debuted on the New York Stock Exchange (NYSE) on June 30 in low profile. In its IPO, Didi raised USD4.4bn and became the biggest IPO in 2021 so far, giving it a market value of around USD68bn. However, on July 2, the Cyberspace Administration of China (CAC) started an inspection on Didi due to its illegal collection and use of user information and ordered the app’s removal from Chinese app stores and other platforms two days later. On July 5, CAC began investigating other three online platforms over similar issues. These apps were Zhipin.com, the product of Kanzhun [BZ:US], and Huochebang and Yunmanman, truck-hailing apps of Full Truck Alliance [YMM:US]. Expanding from the Didi case, this report discusses possible reasons for and specific measures on China’s tightened offshore listing regulations for China Concept Stocks.

Companies under inspection were not only app-based businesses but more importantly, China Concept Stocks (CCS). CCS refer to companies that go public in overseas markets but operate mainly in the Chinese Mainland. Most CCS choose the Hong Kong Stock Exchange (HKEX) or one of the three major US stock markets, namely NYSE, Nasdaq, and American Stock Exchange (AMEX), to raise foreign funds. According to the US-China Economic and Security Review Commission, by June 30, 2021, approximately 265 Chinese companies were listed on major US stock exchanges excluding delisted companies. Among these US-listed Chinese firms, around one-fifth are internet- or information technology-related companies according to GICS, which contain highly confidential information at national level.

On one hand, US stock markets are attractive to CCS due to the easy monetary policy, especially around 2% of lower treasury rate in the US compared to the Chinese Mainland. It is also estimated that the total number of CCS listed in the US this year will likely reach or even exceed the 2018 peak at 41 companies, since 37 companies have already successfully entered the US stock market this year. On the other hand, the Sino-US tension, which brings increased regulatory risks, pushes a trend of going public back to the HKEX. Also, CCS choosing HKEX for a secondary listing can still have access to foreign funds, while supervision for them is looser than that for US-listed CCS in single market. In the first half of 2021, Baidu [BIDU:US], Bilibili [BILI:US], Autohome [ATHM:US], and Hutchmed China [HCM:US] have completed their secondary listing in the HKEX.

The common way for CCS IPOs is the adoption of a variable interest entity (VIE) structure, which enables Chinese domestic companies to trade in an international capital market by creating an offshore entity. A CCS’ actual control right over its offshore entity is based on an agreement rather than share proportion. The first well known VIE structure was that of Sina Corporation in its 2000 listing on the Nasdaq. Afterwards, the VIE structure became commonly known as the Sina Structure. It helped Sina.com to avoid China’s restrictions on foreign direct investment (FDI) in the value-added telecom services sector. Since then, both foreign and Chinese investors alike replicated such an VIE structure in many other sectors of China’s economy where FDI is either restricted or prohibited.

Nevertheless, VIE is still a controversial topic in both domestic and overseas capital markets. One inherent risk is that the legal standing of VIEs in China is unclear. In other words, China Securities Regulatory Commission (CSRC) does not have the responsibility to review foreign listed companies and to approve a VIE entity’s listing process in Hong Kong or the US stock market under current laws and regulations. CSRC also does not have any post-regulatory functions over Chinese companies once they are listed abroad. The other risk is that CCS under VIE structure lack transparency in disclosures as reporting process to foreign stock regulators is at a risk of leaking highly sensitive information. This is also the reason why Chinese regulatory bodies keep tightening the data security supervision. For instance, scandals like the financial fraud of Luckin Coffee lessen the market’s trust for CCS and give the US government a proper reason for requiring more confidentiality disclosures such as claims of providing auditing working papers to PCAOB in Holding Foreign Companies Accountable Act.

In April 2020, based on the National Security Law and the Cybersecurity Law, 12 government departments, including the CAC and the National Development and Reform Commission (NDRC), jointly issued the Measures for Cybersecurity Review. Its purpose is to detect and avoid information security risks that products and services may bring during the supply chain at an early stage.

Right after the cybersecurity scandal of Didi, CAC established the consultation paper on amendment to the Measures for Cybersecurity Review. This amendment will raise attention on companies listed abroad. It requires that companies with over 1m app users must submit a cybersecurity review to the Cybersecurity Review Office. The threshold of 1m users is indeed a minimum requirement which means almost each listed company should report the review. The new regulation also includes risky factors into investigation, especially the risks of core data or a large amount of personal information being influenced, controlled or maliciously used by foreign governments after offshore listing.

On July 6, the Communist Party of China Central Committee and the State Council jointly issued a guidance document on punishing illegal activities in the securities market. According to the document, the government should strengthen cross-border oversights of law-enforcement and judicial collaborations. It also emphasised that regulators should put more efforts into monitoring CCS, taking effective measures to deal with relevant emergencies and constructing the credit system in the capital market.

More US-listed CCS choose HKEX for their secondary listing or seek opportunities in the mainland stock exchanges. In 2020, nine CCS went public on the HKEX as secondary listings, prior to the four firms during the first half of 2021. Following the Didi incident, it is estimated that more than ten US-listed Chinese companies will go back to the HKEX for listing. Some firms in the pre-IPO stage, such as audio content sharing platform Himalaya Inc, have already ceased their overseas listing plans, facing strengthened regulatory pressures in China.