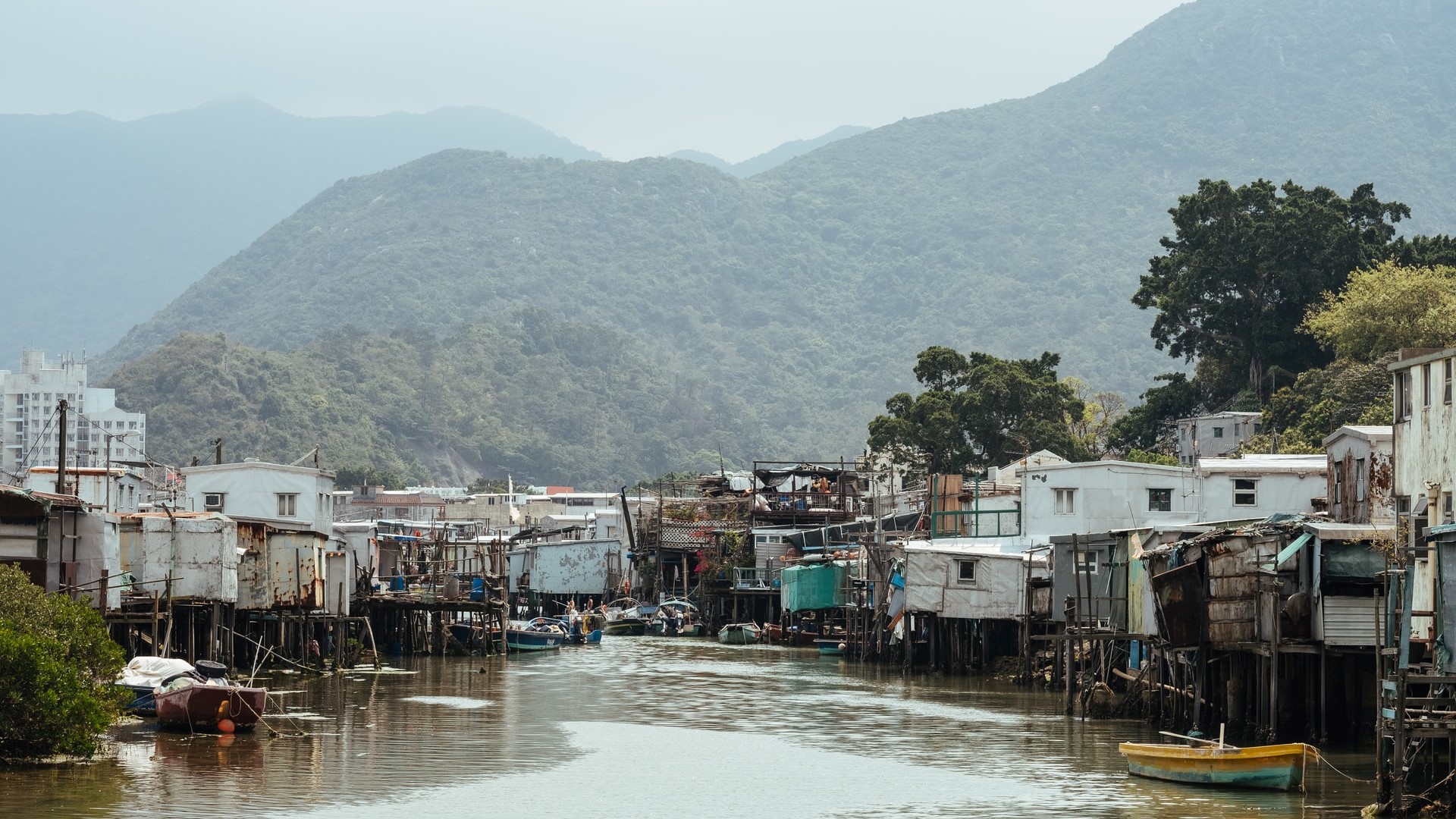 Since major changes in 1978, when China began opening up its markets to the rest of the world, around 750m Chinese people were able to shift above the absolute poverty line, contributing to over 70% of global poverty reduction. To be lifted out of poverty in China means individuals begin receiving income higher than the national poverty line. This year, the national standard was RMB4,000 per year. Absolute poverty in China is defined by which a person lacks the means to meet his or her basic needs, such as food, water, shelter, etc. This year, the country announced that it eradicated absolute poverty across all counties. According to Global Times, citing Yu Jianrong, director at the Institution of Rural Development at the Chinese Academy of Social Sciences, with China’s accomplishment in this field, the main difficulty for a government-led poverty elimination effort has now shifted from heavy investment in infrastructure, such as transportation, and communication networks, to a combination of population relocation, industrial poverty alleviation, and support from the general public.

In 1978, when China just began its poverty alleviation campaign, the country’s rural poor population was 7.7m. The poverty rate, which represents the percentage of the population living below the national poverty line, was 97.5%. From 1978 to 1985, 110m Chinese people were lifted out of poverty, or an equivalent of 15.62m individuals on an annual basis. This occurred mainly through increasing per capita productivity, or creating new employment opportunities at manufacturing or services sector.

From 1986 to 2011, China accelerated its anti-poverty efforts and the poverty rate declined steadily. For reference, during this period, China lifted a total of 540m people out of poverty, with an annual average of 20.71m. Notably, in 2000, China’s poverty rate dropped to below 50% for the first time, hitting an important milestone in addressing its widespread poverty problem. From 2012 to 2018, China kept reducing its population below the poverty line by over 10m per year. In 2018, the number of people living in poverty dropped 45.5% compared with that of 2017, marking it as the most successful year to date for its poverty alleviation efforts.

According to China’s 13th Five-Year Plan, spanning from 2016 to 2020, the Chinese government vowed to bring the entire population out of absolute poverty by the end of 2020, with adequate food and clothing, compulsory education, basic medical care, and housing security guarantees. The national poverty line for 2020 was RMB4,000 per year. So far, by November 23, all 832 national-level poor counties in China were lifted out of poverty, attaining China’s goal to eradicate absolute poverty before the end of its 13th Five-Year Plan. According to several news media outlets such as Xinhua, China is ten years ahead of the the UN’s goal for its 2030 Agenda for Sustainable Development of poverty eradication among all its member countries by the year 2030.

A more targeted strategy for poverty alleviation is critical

President Xi Jinping put forward the notion of ‘targeted poverty alleviation’ in 2013, and since then, it has become the central pillar underpinning the Chinese government’s poverty alleviation efforts. The approach requires the implementation of tailored measures to lift impoverished individuals or households out of poverty, instead of applying one-size-fits-all measures on entire villages or counties. In light of the targeted poverty alleviation approach, China since then has also established a national registration system containing information on lower-income households. Such a system increases the accountability of local officials and prompts them to keep closer track of those living in poverty and verify that their poverty alleviation efforts are having the desired effects.

During an inspection tour in Guizhou province on June 18, 2015, President Xi further emphasized six important aspects for local governments to implement a targeted poverty alleviation campaign, including accurately identifying impoverished individuals, designing plans, allocating fiscal funds, making specific arrangements for each household, assigning personnel and monitoring efficiency. By the end of 2017, the number of Chinese people living in poverty went down to 30.46m, a decrease of 70% from that in 2012. Despite the progress in poverty alleviation, China, at that time, still faced a serious problem to overcome poverty as the remaining poor population mainly lived in areas with poor natural conditions, had low levels of education, and lacked job skills.

Encouraging poverty alleviation through consumption as a new measure

With the booming e-commerce industry in China, online shopping platforms are encouraged to participate in the campaign. For example, State Council supports e-commerce companies helping poor regions open stores on their platforms and giving online traffic support, or constructing production bases in poor areas and enhancing productivity of the regional agricultural economy. In the meantime, the Chinese government is seeking ways to improve service capability of poverty-stricken areas, such as building warehouses and cold storage facilities, and cultivating local e-commerce business incubators and professional operators.

In the first ten months of this year, the amount of direct procurement of agricultural products from Chinese poverty-stricken areas reached over RMB330bn, more than double the purchase in the whole year of 2019. Under the campaign, to promote poverty alleviation through consumption, in 2019, the net income of rural residents in poor areas grew 7.1% YoY, reaching up to RMB4,163 per person. Despite the COVID-19 outbreak earlier this year, in 1H20, their net income still recorded to an increase of 4.9% YoY, given the background of national GDP contraction of 1.6%.

Although the poverty rate in China dropped to 0.6% by November 2020, the country still faces severe pressure in future efforts to reduce domestic poverty. Currently, China set its poverty line at a relatively low level, RMB3,218 per year for 2019 and RMB4,000 per year for 2020. For reference, the World Bank divided the international poverty line into three classes, namely the extreme, lower-middle income and upper-middle income class poverty line, with the corresponding income standing at $1.90, $3.20, and $5.50 per day. The absolute poverty line that China is using is roughly the same as the international extreme case. If China raises its poverty line in the future, some people may be reclassified to below the poverty line .

In addition, under the present poverty standard, even if all of China’s population is no longer considered under the poverty line, some would inevitably fall back because of past unsustainable mechanisms. For example, some local governments directly distributed goods and money to poor households, instead of helping them adapt to a new environment and providing employment security. Such an approach may result in a rebound of the population considered in poverty. Moreover, some regions may cut their poverty alleviation efforts after staged successes in 2020, after which some households are at risk of returning to poverty. According to Yicai, citing NDRC official Hong Tianyun, among those who have been lifted out of poverty, about 4m of them may fall back into poverty, possibly due to natural disasters, diseases, turbulence in industry development, etc. Additionally, another 4m people just are only just above the national poverty line and are having difficulties with further raising their income.

In the long-term, even if China eliminates absolute poverty, it still faces a tough problem of relative poverty. The World Bank defines relative poverty as having income less than a third of the social average income. So far, China has not reported an official number of people living in relative poverty. On the other hand, the UN set the warning level of the Gini Index at 0.4. The Gini Index, which is a measure of income distribution, is often used as a gauge of economic inequality. The higher the number, the greater the inequality. China’s Gini Index stood at 0.465 in late 2019, with an average of 0.474 between 2013 to 2019, exceeding the international warning line for 20 consecutive years. Compared with absolute poverty, relative poverty is a trickier problem as it involves more aspects of economic development.