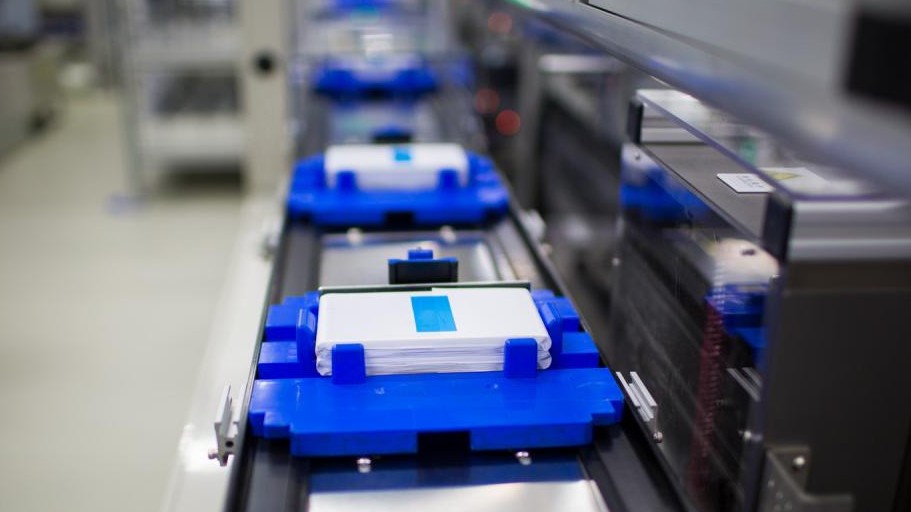 In the midst of the domestic NEV sector’s rapid expansion, CATL’s shares have been continuously climbing. On December 21, 2020, its stocks edged up 12% to RMB325 per share, with a market cap of RMB757.1bn, ranking first among all listed companies on the ChiNext Board.

On January 4, 2021, the first trading day this year, CATL’s stock price further went up 15.09% and closed at RMB404.10, meaning that its market value exceeded RMB900bn, becoming the eighth most valuable company in A-share markets. Part of the reasons for the rise in share price was from CATL’s announcement on December 30 for plans to expand its production capacity and manufacturing bases in Sichuan, Fujian, and Jiangsu province, with a total investment of RMB39bn. According to Sina, citing research from Tianfeng Securities, the new investments represent a 50% increase in CATL’s original fixed asset investment planning of RMB75bn. According to CITIC Securities’ [6030:HK] estimates, without the new investments, CATL’s battery production capacity will be 150 GWH in 2021 and 230 GWH in 2022 (excluding joint venture businesses); and the start of its new projects within four to five years will add additional capacity of 90 GWh per annum.

China’s State Council, on November 2, 2020, released its development plan for the NEV industry, spanning from 2021 to 2035. Under the plan, the Chinese government aims to grant tax subsidies and fiscal support for the NEV sector, battery sector, and network of charging facilities. Through the plan, the Chinese government aims to increase NEV sales to 20% for all new car sales by 2025. Aside from the sales target, the country also aims to lower the average power consumption of a pure electric passenger vehicle to 12.0kWh/100km, achieve commercial application of highly-automated vehicles under designated scenarios, and improve the convenience of NEV charging and battery swapping services.

In July 2020, three Chinese authorities, including MIIT, the Ministry of Agriculture and Rural Affairs, and the Ministry of Commerce, issued a notice to launch campaigns and raise NEV purchases in the country’s rural areas. Instead of granting purchase subsidies to consumers, Chinese local governments would allocate fiscal subsidies to automakers to make them cut retail prices. The policy period was between July to December 2020.

According to CATL’s 3Q20 financial report, the firm recorded RMB12.7bn worth of operating revenue in 3Q20, edging up 0.8% YoY, with a net profit of RMB1.42bn, increasing 4.24% YoY. In the first three quarters of 2020, CATL achieved total operating revenue of RMB31.52bn, declining 4.06% YoY, and a net profit of RMB3.36bn, slipping 3.10% YoY. Meanwhile, during the same period, the enterprise reported RMB1.01bn worth of asset impairment, including RMB675m for inventory depreciation and RMB196m for bad debts. This was not the first time that CATL made significant provisions for asset and credit impairments. The number in 2018 and 2019 was RMB975m and RMB1.67bn, respectively.

Based on CATL’s closing stock price of RMB404.1 per share on January 4, 2021, and its earnings per share (EPS) of RMB2.02 as of the end of September 2020, the company’s dynamic price-to-earnings (PE) ratio reached 211.4 times. In comparison, according to the US-based stock database Simply Wall St, CATL’s close competitors, like LG Chem [951910:KS] and Panasonic [6752:JP], only have the latest P/E ratio of 95.6 and 16.0 times, respectively. Therefore, although CATL is the leading contributor to China’s electric vehicle development and green transformation, currently, the company is significantly overvalued than its global peers.

From another perspective, CATL’s stock price reflects investors’ expectation on the company’s future growth potential, rather than its current performances. In 1H20, CATL’s operations suffered from the COVID-19 outbreak and several of its factories suspended operations. This resulted in its revenue declines in the first three quarters of 2020, which were 9.53%, 7.08%, and 4.06% YoY, respectively. Nevertheless, CATL now has resumed production at all of its manufacturing facilities, indicating output expansion. In addition, CATL now is in the progress of building several new projects, which will be put into operation after completion of construction. In 2019, CATL’s battery production capacity was 53 GWh, which is anticipated to reach 160 GWh in the next two years given its present capacity expansion plans. Therefore, the company’s revenue and profit could also increase accordingly if all goes according to plan, making its P/E ratio and corporate valuation look more reasonable.